The event will be held online on May 25th at 9:00-13:00
To register, please send an email to luca.gallo@phd.unict.it with the subject: “participation in the workshop understanding complexity”

From climate change and sustainability to seismic engineering and Industry 4.0, all the crucial challenges facing mankind today require the ability to understand and engineer ever growing reliable interdependent, complex and interconnected systems and infrastructures.

We are looking for bright and ambitious students from any area of Mathematics, Science and Engineering to join this exciting new program.

Each scholarship includes a stipend of EUR 19,000 per year which is increased by 50% when the student is spending time abroad

Students expected to spend at least 9-12 months abroad during their PhD.

Applicants must submit a brief scientific report (description of their MSc thesis work, CV, personal statement and reference letters) following the instructions provided at the website above BY NO LATER THAN 30TH JUNE 2020.

Successful candidates will be announced the end of July 2020 with course officially starting on 2nd November 2020.

For any further information contact the PhD Coordinator, Prof Mario di Bernardo, at merc@unina.it or check out the PhD website at
http://www.ssm.unina.it/en/modeling-and-engineering-risk-eng-and-complexity-merc-eng/ [2]

TOFFEe – https://toffee.imtlucca.it/ – is an interdisciplinary research project funded by IMT School For Advanced Studies Lucca. The project ambition is to overcome some of the limitations of existing social platforms, which often dedicate little attention to trustworthy interactions among peers and to reliability of information. The aim of the project is to increase people’s confidence on the data they get and who they follow, while minimising the risk of exposure to fake information and malicious actions.

As part of the dissemination activities of the project, on October 24th and 25th, 2019, we organise an International Workshop where different approaches for fighting fakes will be discussed. You can find all infos at https://toffee.imtlucca.it/ We are glad to invite you to the 1st TOFFEe workshop and contribute with your latest results on methodologies for fighting disinformation.We would be delighted if you could join us. The registration to the workshop is free, just fill the form following the link
https://toffee.imtlucca.it/. We kindly ask you to register before the 9th of October. The registration comprehends two coffee breaks and one lunch.

Analogously, we would be delighted if you could contribute to the workshop with your latest results. The slot for the contributions last nearly 15 minutes, plus some time for questions. You can send us a 2 pages abstract at the present email address. The deadline for sending the abstract is on the 25th of September. We will return our decision on the 2nd of October.

Looking forward to meeting you in Lucca in October, we send you our

The workshop is the 13th of a series of tutorial workshops annually organized to explore the emergence of new research fields in which modeling, analysis and control of nonlinear and complex systems play a role of growing importance. These workshops have been traditionally devoted to an interdisciplinary audience with particular attention to PhD students and young researchers. The theme of this year is “Complexity and The City” with a unique focus on interactions, mobility, epidemics, information and misinformation spreading, and many other complex phenomena occurring in urban environments.

The workshop will gather scholars, students, and practitioners for two days of presentations and debates around complex systems science and its interplay with urban environments. A series of plenary lectures from renowned scholars is planned, while PhD students and young researchers will have dedicated sessions to present their research activity in an effective and appealing way. Social events will foster interaction and creation of collaboration opportunities.

After the success of the Satellite at ECCS 2014 and CCS 2016, we would like to propose a follow-up Satellite always focusing on Robustness, Adaptability and Critical Transitions in Living Systems

Living systems are characterized by the recurrent emergence of patterns: power-laws distributions, long-range correlations and structured self-organization in living matter are the norm, rather than the exception. All these features are also typical of thermo-dynamical systems poised near a critical point. The great lesson from physics is that criticality can emerge as a collective behaviour in a many-body system with simple (e.g. pairwise) interactions and its characteristics depend only on few details like the dimensionality or symmetries.

In a statistical-mechanics approach, it is fundamental to determine the order parameter, which characterizes the different system phases. This is a crucial step to obtain the key ingredients needed to formulate a modeling framework, so as to obtain a better understanding of the system’s macroscopic behaviour. However, the understating of biological/social systems needs more than a mere generalization of the standard statistical mechanics approach.

One of the most striking feature of living systems is that they are structured as evolving systems were interactions can turn-on or off, as well as strengthening and weakening, reconfiguring the system connectivity. Thus, by rearranging both the structural and functional topology, living interacting systems may demonstrate unique evolvability, scalability and adaptability properties.

It is of crucial importance to make further steps in the understanding of the main properties that simultaneously confer to these systems high level of both adaptability and robustness. If we can “learn” from evolution, then we would be able to both better manage/supervise these systems and also design more optimal and sustainable new systems.

Relevance to the conference main tracks

The XXIII National Conference on Statistical Physics and Complex Systems will be held from June 20th to June 22nd 2018 at the Conference Center – Aule delle Scienze Building in the University Campus of Parma.

This year the Conference will be organized in collaboration with Scuola IMT Alti Studi Lucca and  with the French Embassy in Italy (Bando Cassini 2017). 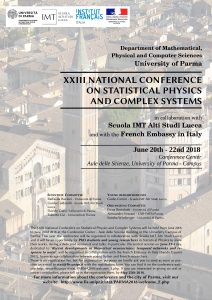 we are happy to announce our CCS2018 (http://ccs2018.web.auth.gr) satellite workshop on Self-organized patterns on complex networks and the brain (https://sop2018.github.io). The satellite is scheduled for
September 26th, 2018 in Thessaloniki, Greece. Abstract submission is open until June 30th, 2018. 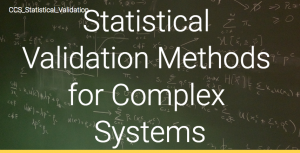 that is organized by Fabio Caccioli and Giacomo Livan  within the 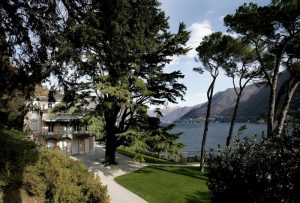 Many real systems can be modeled as networks, where the elements of the system are nodes and interactions between elements are edges. An even larger set of systems can be modeled using dynamical processes on networks, which are in turn affected by the dynamics. Networks thus represent the backbone of many complex systems, and their theoretical and computational analysis makes it possible to gain insights into numerous applications. Networks permeate almost every conceivable discipline —including sociology, transportation, economics and finance, biology, and myriad others — and the study of “network science” has thus become a crucial component of modern scientific education.

The school “Complex Networks: Theory, Methods, and Applications” offers a succinct education in network science. It is open to all aspiring scholars in any area of science or engineering who wish to study networks of any kind (whether theoretical or applied), and it is especially addressed to doctoral students and young postdoctoral scholars. The aim of the school is to deepen into both theoretical developments and applications in targeted fields.